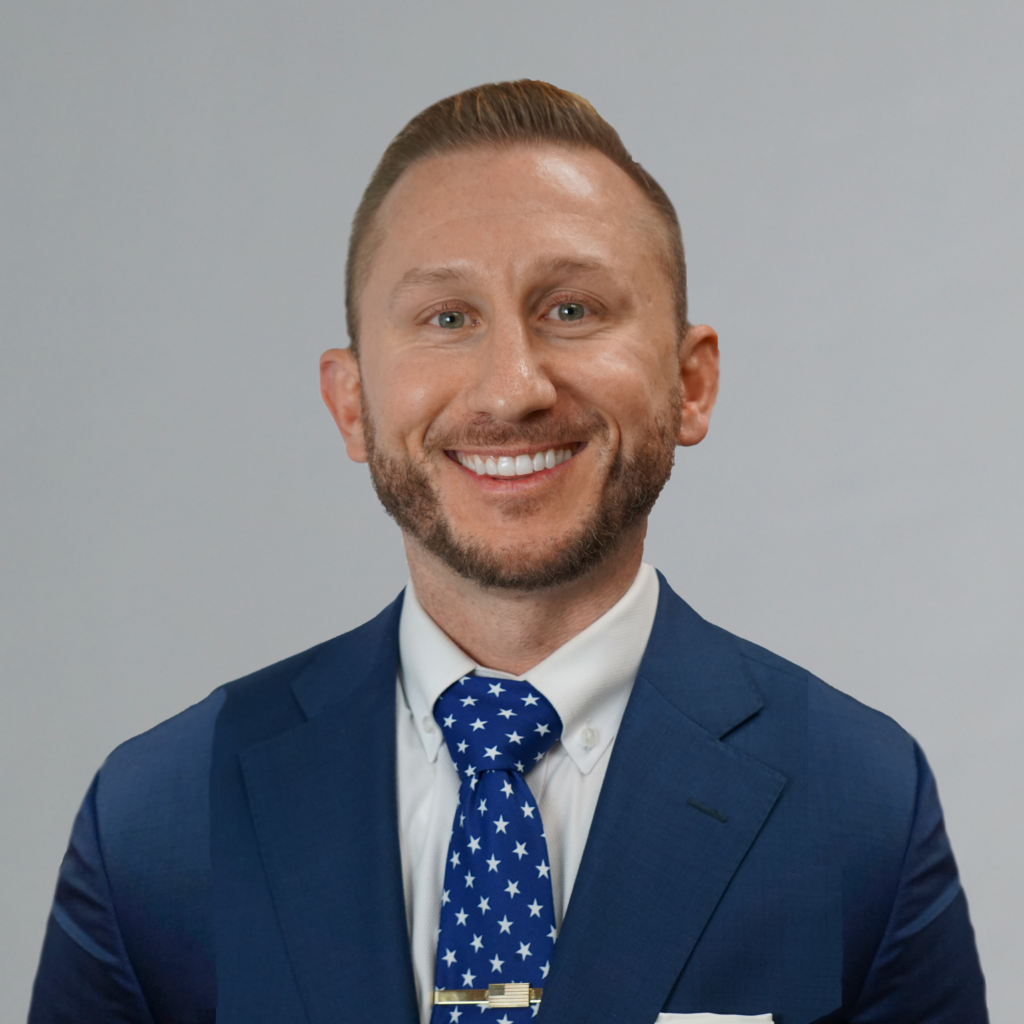 Jeremy Lee Hall was born April 18, 1984, in Fairfax, Virginia to David and Lisa Hall. Jeremy grew up in Houston, Texas, attending Houston’s First Baptist Church. Jeremy earned a B.A. in Political Science from The George Washington University (‘06) while playing NCAA Division I Baseball and a J.D. from The University of Pennsylvania Law School (‘09) with a Certificate in Business and Public Policy from The Wharton School at UPenn (‘09). Jeremy returned to The Woodlands, Texas in 2009 and became licensed to practice law in New York & Texas in 2010. As a startup entrepreneur, he created a sports agency, Optimo Sports Group in 2012 and private law practice, The Hall Law Firm in 2013.

Jeremy was called to serve as the Executive Director of The Abundant Harvest, a local nonprofit food pantry in 2019. He GC’d construction of a commercial kitchen, equipping an 8,000 SF warehouse with state-of-the-art technology and security. The pantry fed more than eight hundred families a week during the pandemic. In 2020 The Abundant Harvest gave away more than a million pounds of food, exceeding all prior years combined and generating funding to purchase the property for the pantry a year ahead of schedule.

Send us a Message