Who is Bruce Tough? 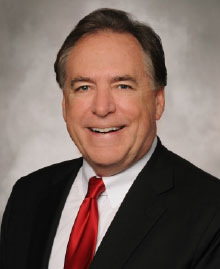 Bruce’s Father, Coulson Tough, is an architect who teamed up with George Mitchell (and others) to plan and create the master planned community of The Woodlands some 40+ years ago. Bruce himself  officially moved to The Woodlands in 1996 after earning his law degree from the University of Houston.

The Woodlands Fire Department elected Bruce Tough as their President in 2000 – 2004 and 2006 – 2011,  during which time the department increased its Public Protection Class rating (commonly referred to as an ISO rating) from an ISO Four to an ISO Two. The department also built a state of the art training facility to meet the preparedness and development needs of regional entities in the area of emergency management and response.

In 2003, Bruce Tough was elected as a Trustee on the Conroe Independent School District and served in that position until 2008. Also in 2008, Tough was elected for the position of Director on the Board of Directors of the newly formed governmental entity, The Woodlands Township. He was the public face of the township for years, serving as Chairman on the Board from 2010 – 2015.

Bruce Tough still resides in The Woodlands with his wife Diana, and four daughters, Madison, Tara, Abby and Sydney.